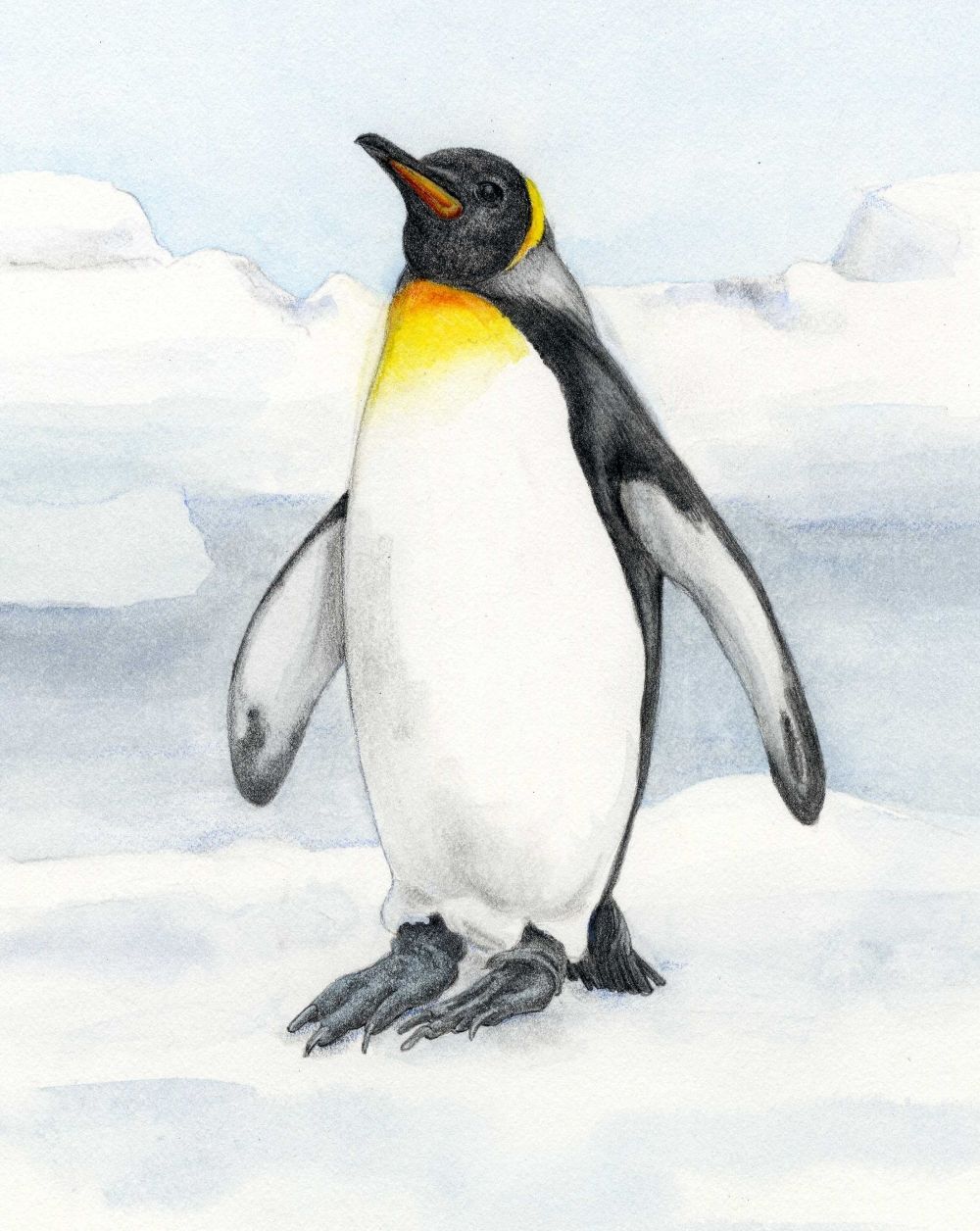 The Emperor is the largest of all penguins, standing as tall as four feet. Males withstand the Antarctic weather for up to two months without eating—keeping the eggs warm in a feathered pouch on their feet. Females travel up to 50 miles a day to bring food to the newly-hatched chicks.

In 50 years, the mean temperature of western Antarctica has risen nearly 3 °C—more than any other region—reducing the extent and thickness of winter ice. The Emperor Penguin is dependent on the ice for breeding, raising chicks and moulting. Less sea ice decreases zooplankton (krill) which feed on algae that grow on the underside of the ice. Krill are an important part of the food web for the Emperor and other Antarctic marine species. 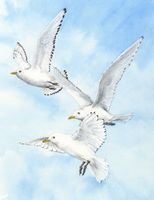 Ivory Gull
Ivory Gulls are almost entirely dependent on sea ice and glaciers for nesting and food foraging. They feed on fish and shellfish that thrive near the edge of the ice, and on the remains of seals left by Polar Bears. Seal blubber is a source of heavy contaminants—Ivory Gull eggs show a higher concentration of mercury and pesticides than any Arctic sea bird. Other threats are illegal hunting and disturbance from diamond mining in the Canadian Arctic.
Emperor Penguins are effected by climate change because of:
Specialized Interactions