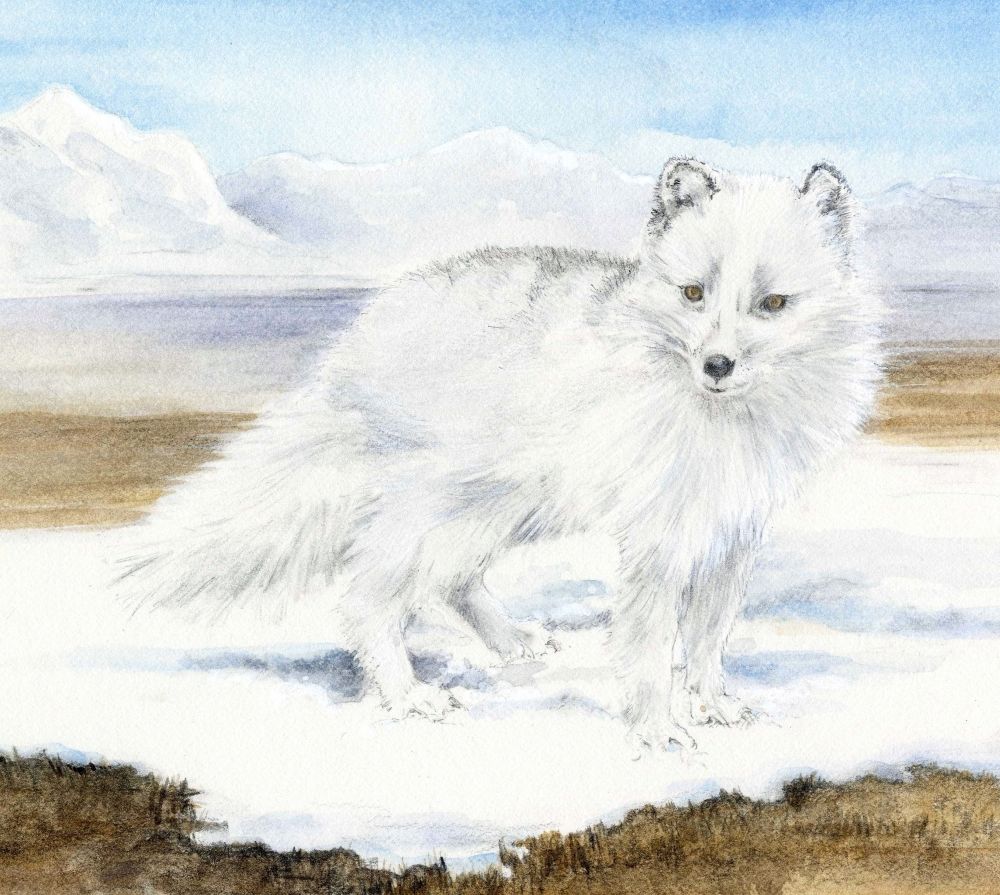 With fur on the bottom of their feet (vulpes lagopus means "hair-footed fox"), reserves of fat, the ability to slow their metabolism when food is scarce, and a thick coat that changes from white to brown or gray with the season, Arctic Foxes are especially adapted to the tundra.

The Arctic tundra is a region of shrubs, grasses and permanently frozen subsoil. Warming could change the tundra to boreal forest—habitat for the Red Fox. The Red Fox, a predator and a competitor for food, is already beginning to migrate north into the Arctic Fox's territory. Milder tundra weather also causes changes in the population of lemmings and rodents—main food for the Arctic Fox. 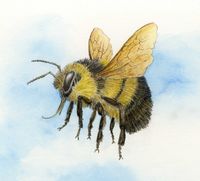 Rusty Patched Bumble Bee
The Rusty Patched is the first bee to be listed as endangered in the US. Populations have declined as much as 87% from habitat loss, disease and pesticides. Climate threats include: warming and precipitation, early snow, late frost and drought. Bees and butterflies are important agricultural pollinators. In 2016, 40% of invertebrate pollinators (bees and butterflies) were listed as threatened with extinction.

Staghorn Coral
In the last 30 years the Staghorn Coral population has decreased by 80% from disease, pollution, development and damage. Climate change is increasing the risk of extinction. Corals live in symbiotic (mutually beneficial) relation with algae. The coral receives nutrients and oxygen from algae, and the algae receive nutrients and carbon dioxide from the coral. Rising sea temperature increases algae growth so oxygen levels become too high for the coral, causing "bleaching"—the coral expels the algae and dies. Higher ocean acidity contributes to bleaching and also reduces the ability of corals and other marine animals to build hard shells. Other threats from climate change are sea level rise, changes in currents and storm damage.
The Arctic Fox is at risk from climate change because of:
Specialized Habitat

The Arctic Fox is adapted to live only in special habitat. A species is more vulnerable to climate change if it can neither migrate nor adapt quickly enough to changing conditions
Specialized Interactions

All animals have relationships with other species. Specialized interactions may exist between predator and prey; host and parasite; or competitors for habitat or food. They may be symbiotic (mutually beneficial) or parasitic and disease causing. Changes in climate or seasonal cycles can disrupt the sustainable balance of these interactions
Rising Surface Temperature